Remember you are mortal

After every major military victory in ancient Rome, a “triumph,” as it was called, was celebrated in Rome. It was a ceremonial procession granted to victorious generals who drove in a chariot drawn by four horses. Behind the victorious general in the chariot stood a slave, holding a golden crown over his head, and whispering to him throughout the procession, ‘Remember you are mortal’ in the ears of the victorious general as they were paraded through the streets, reminding him that he is just a mortal man even while he is triumphing. 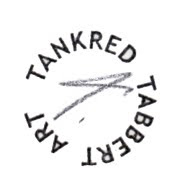